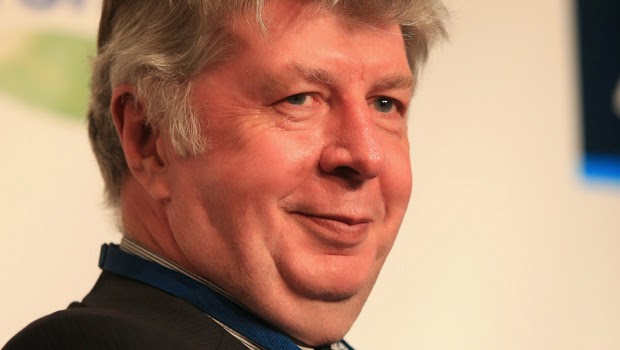 The disaster ridden government of John, PinoKeyo, Key is reeling as another Cabinet Minister is enveloped in scandal.

Ever since Key became PM his cabinet has been known for scandal and questionable behaviour. From Key's dealings with Sky-City and Warner Bros to Richard Worth's forced resignation and Pansy Wong's disappearance from Botany to Phillip Heatley's credit card slips  and John Banks' donation slip ups through to Judith Collins and her Oravida connections with the associated large donations to the Key led National Party the Key administration has always looked to be one that was prone to act without due regard for the requirements of the Cabinet Manual and the behaviour expected by the voting public.

The National Party caucus has also been consumed by the closetted struggle for power and post Key leadership being fought out by Joyce and Collins which, up until Collins spoilt her chances with her arrogant denials of meeting and dealing with the Chinese Oravida company, had been kept out of scrutiny by the media.

It is, therefore, not surprising that so far 14 of Key's MPs have deserted the ship and headed for safer ground outside of politics.

We can, though, expect more to scuttle and run as the fall out from the latest scandal to spill out of the Key appointed cabinet hits the news media.

The scandal and fall out from Maurice Williamson's  involvement with Chinese businessman and National Party donor, Donghua Liu is yet another example of Key's bad judgement and ability to manage his party let alone the country. Key, if he was anyway responsible as a PM,  should demand that Williamson, along with Collins, offer their resignations and depart from politics and government.

Unfortunately for NZ John Key is seriously lacking in ethical leadership which should mean that, unless Williamson displays a sense of honour, all that will happen is a wet bus ticket slap and a smug "I'm reluxed about it" grin from Key as he smiles, waves, scuttles and runs. The usual strategy he has when the going gets tough... there is, thinks John, nothing like a quiet game of golf with a wealthy foreign donor to the National Party to calm the nerves.

Updated: 11.15 am: Maurice Williamson displays a sense of honour and resigns as Minister, leaving John Key to respond in his usual limp manner as he reels as his cabinet collapses around him.

Here is the Taranaki report on Key's announcement:
Prime Minister John Key today announced he has accepted the resignation of Williamson as a minister.
"I have been made aware that Mr Williamson contacted police some time ago regarding their investigation of Mr Donghua Liu," Key said.
"Mr Williamson has assured me that he did not in any way intend to influence the Police investigation.
"However, Mr Williamson's decision to discuss the investigation with Police was a significant error of judgement.

One now must wonder why, if Key is "showing strength" in accepting Williamson's resignation as a Minister why he hasn't shown the same "strength of leadership" with his other scandal ridden Minister, Judith Collins? Is the decision made based on the number of golf games paid for plus the amount of donations received from wealthy cronies?

As the Herald editorial says: "The number of such incidents involving members of the Key administration has reached a concerning level. It seems almost as though the Cabinet Manual is an irrelevance unless media disclosure is guaranteed. How much of this behaviour is never revealed, hidden away tidily through "no surprises" - the insistence that bureaucrats warn politicians in advance of potentially embarrassing publicity?"

It is now up to the Herald and the other MSM to dig deeper into the Key administration and its willingness to take large donations from its wealthy mates in return for "making back room deals" in favour of the donors and reveal how naked the "emperor" really is when it comes to running a political party, running a Cabinet and running a government.
Duncan Garner appears to be leading the charge with this RadioLive blog while Fran O'Sullivan, who is best known for her glowing reportage of the Key govt, made this very telling comment in her opinionista piece in the Herald:

Williamson - like too many of our senior politicians including Justice Minister Judith Collins with her pandering to Oravida's principals while she was supposed be in China carrying out her Justice portfolio duties - have been beguiled by relationships with "important foreign investors".
They should come down to earth.
The investors - like Liu and Stone Shi who has arguably had more ministerial attention than other NZ investors in the wake of the botulism scare - should not be treated differently to ordinary New Zealand citizens.
New Zealand's reputation will be damaged if they don't wake up soon.

Unfortunately for New Zealand our reputation has already been damaged - and that damage can be sheeted home to the Crosby-Textor created Prime Minister - John Key and his appointed cabinet.

The scrutiny that should follow from this major scandal should provide the voting public with even more evidence that the present government must fold its tent and depart in the ignomny it deserves.