From the UK a graphic that shows the reality behind the policies of the National-Act/ Tory parties. 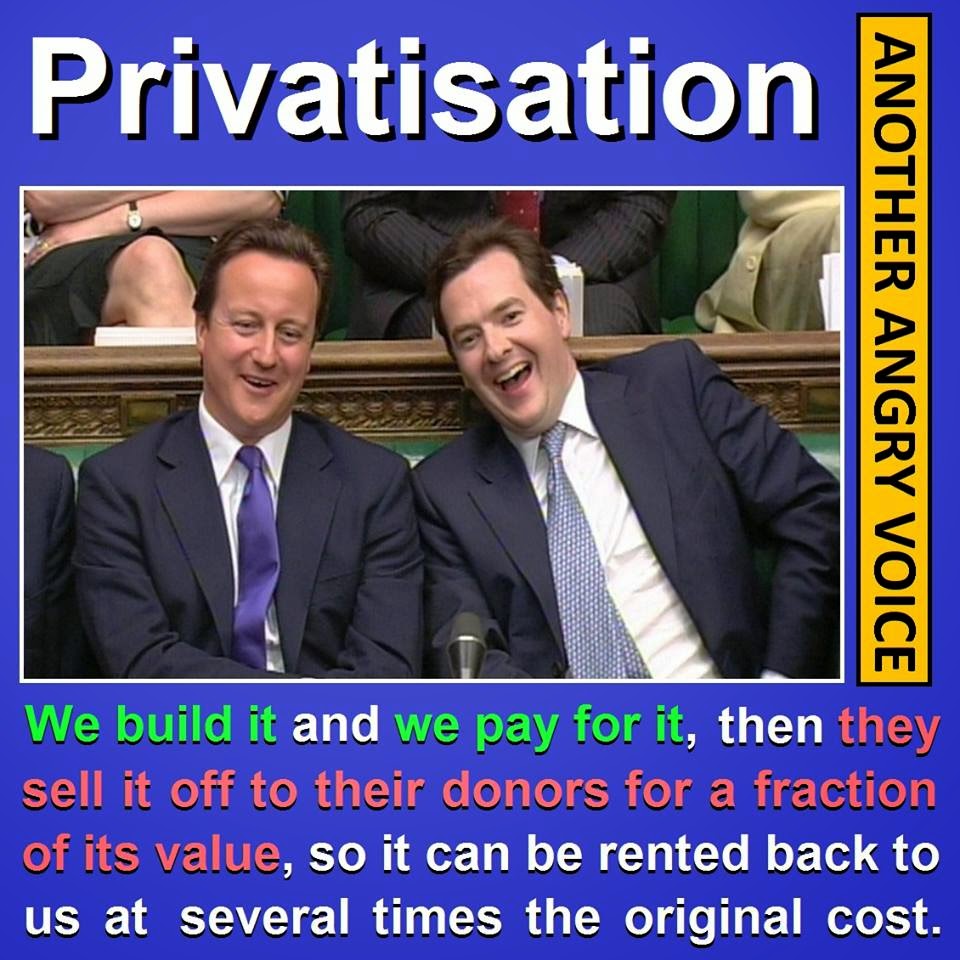 John Key, David Cameron and Tony Abbott all use the same PR company- Crosby-Textor. All these governments have the same traits and scandals swirling around their Cabinets.
Watch the scandals involved around Collins, Parata, Key and his cronies come home to roost. Duncan Garner has it right... Key has been revealed as weak and ineffective compared to Helen Clark.
No doubt we will see more as the internal warfare inside the Key cabinet breaks out into public view. Watch out for Steven Joyce to put the skids under Collins very, very soon.

Posted by Unknown at 16:39 No comments: Links to this post

The Key scandals begin to roost

The scandals that have swirled around the Key led National Govt since 2008 are flocking in to roost as Key announces the election date.
For too long Key has operated as this cartoon illustrates:

Since the Pansy Wong and Richard Worth resignations, the bus ticket flaps at Double-Dipton English, Heatley, Banks, Dunne, Smith and others NZ has witnessed Key manipulating the truth a gross of times.
Now the scandals that have flowed from the Sky City deals, the Warner Bros sell out, Welfare payuts to Rio Tinto and other cash for favours deals we see an arrogant Cabinet minister declare her self innocent of serious conflicts of interest in her dealings with a company her husband is heavily involved in.
The inability of John Key to act and severely discipline his out of control minister demonstrates to the nation that he is, behind the carefully PR crafted image, a weak, ineffective and ethically challenged Prime Minister and figure head leader of the once proudly honourable National Party.

It is obvious that there are serious problems and conflicts crawling from the closets of the Key cabinet as the previously concealed leadership struggles, held in check until Key officially told them that his boredom (The Bellman reckons that unofficially Key has been canvassing his desire to quit NZ politics among his associates as he has ticked off his bucket list of things to do as leader of the National Party. This quotation from John Armstrong's Herald opinionista piece amply illustrates this rumour:
However, there is an eerie feeling that the current circumstances are about as propitious as things can get for National, yet the party is by no means guaranteed victory on September 20.
The onus is thus on Cabinet ministers and MPs to hold the line until polling day by projecting an image of competence and confidence while ensuring as much as possible that this picture is not clouded by foul-ups or embarrassments.
National MPs will be asking why Collins failed to see how her actions were compromising this strategy - and whether, for all her undoubted strengths, there are some previously hidden flaws in her character which have now put her leadership credentials in serious question.
This is not an academic matter. Key made it very clear this week that should he lose the September election, he will not be hanging around Parliament for very long afterwards.) with the position had reached its limit, within the National Party break for open ground.

Posted by Unknown at 11:45 No comments: Links to this post

Raising the Minimum Wage- How the White House argues the need.

This presentation from Slideshare provides the rationale for an increase in the minimum wage from the White House's analysis.

The points made are as relevant in New Zealand as they are in the US and provide the ammunition necessary to demonstrate the instrangence of the Key-English-Joyce arguments that demand an even lower wage regime in NZ despite the Key released recent election year offer of half a stick of chewing gum an hour increase in the minimum wage in an attempt to defuse the traction being gained by Cunliffe and the Labour Party in support of the Living Wage Campaign.
Posted by Unknown at 13:19 No comments: Links to this post

The Influence of Ratings Agencies and their Accuracy questioned

This TED talk by Annette Heuser on the influence of Ratings Agencies and their influence makes for interesting viewing and listening especially as their impact on the economies of nation states is profound and often inimical to the governance of the state.

Posted by Unknown at 13:10 No comments: Links to this post