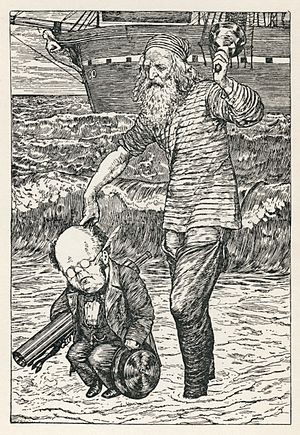 "I've told you three times- it must be true."

Since the posting of the rumoured letter, allegedly written by the Slater-Lusk group on behalf of the Collins-Tolley group, being circulated through the National Party Caucus by a low ranked MP my informant within the National Party, Charles Dodgson, has passed on angry denials from the conspiracy group.

Each of the alleged conspirators has issued three denials which must, said Mr Dodgson, make the initial allegation true.... that there is an orchestrated campaign to unseat John Pinnochio Key as leader of the National-ACT party before the end of the year.

Whale-Oil, one of the more noisy and visible members of the group, attempted to remove himself from writing anything involved with the coup by declaring 'When I use a word,' Whale-Oil said in rather a scornful tone, 'it means just what I choose it to mean - neither more nor less.' So if I say I didn't or wasn't involved it all depends on whether I use the word to mean what you think it means or, more likely, what I declare it to mean. In my use of English Yes will always mean No and No will always mean Yes at all my blogs....."

This, said Mr Dodgson, can only indicate that the rumour will have some credibility among the NZ reporter fraternity, especially Mr Garner and others of his ilk.
Posted by Unknown at 11:50