Asset Sales Petition for Referendum Approved - Key to dance on head of a pin. 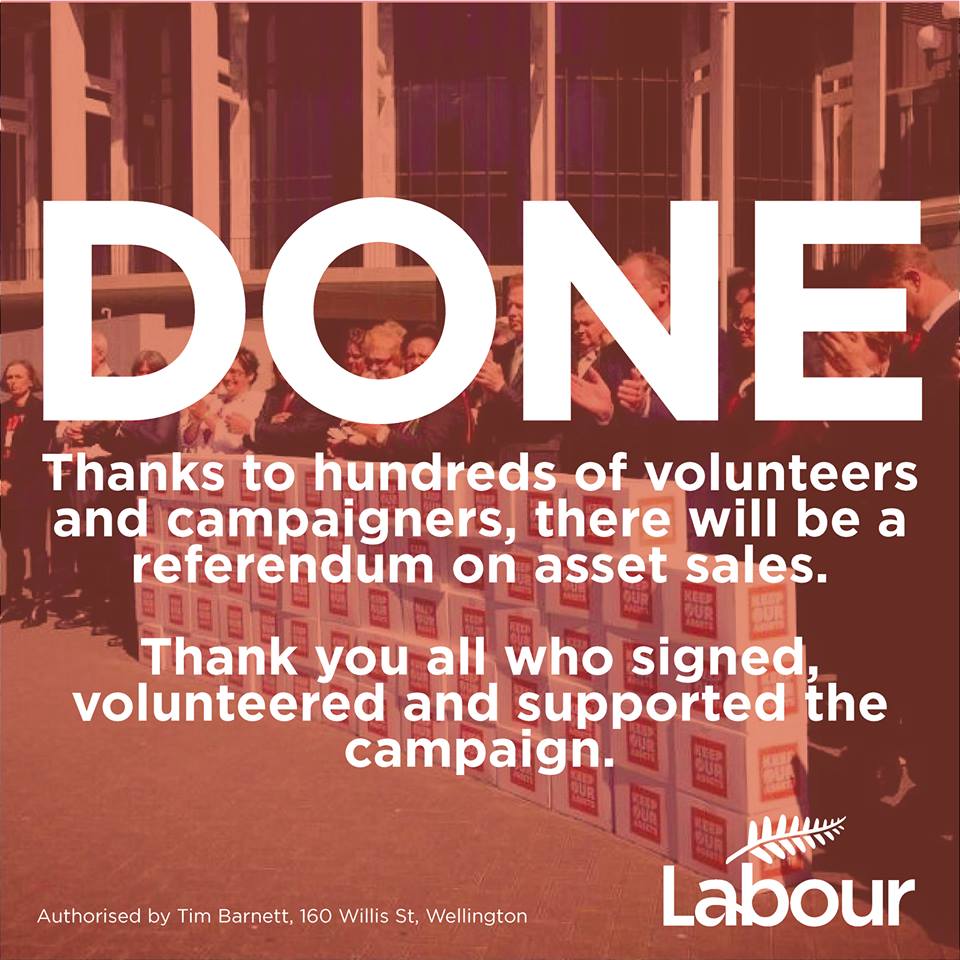 The approval for the Referendum puts PinoKeyo, Joyce and Collins into feuding mode immediately.

PinoKeyo's reputation is now the focus of this referendum.

This interpretation has been confirmed in Brian Rudman's column in the increasingly politically schizophrenic NZ Herald (4/9/13) in which he argues that Key has been badly rattled by the success of the Petition and is not looking forward to being mauled in Parliament (on the rare occassions that he does appear) and then, later, during the 2014 General Election when the issue will be even more live that it presently is as it will be the election issue grenade in Key's campaign room.

If Key ignores the demand for a referendum and continues with the discount selling of the State Assets his reputation as being disingenuous, arrogant and untrustworthy will be re-enforced.

If he accepts the outcome his reputation as an economic genius based on selling the State assets at firesales is in tatters because no one will believe him any more. Least of all those in the caucus manouvering to grab power as soon as they can force PinoKeyo to take himself back to the USA where he maintains his more permanent home.

This will allow the ABCers (the Collins camp) and ABKers (the Joyce camp) to break into even more open feuding and jockeying for position to over throw Key and send him back to Hawaii especially as the pressure to have the referendum mounts on social media, the public forums and even in the Herald and other MSMs.

As was expected Key has opted for the arrogant dictatorial mode when faced with a public revolt against an unpopular and economically unsound policy direction.

As a money trader (high stakes gambler) this sort of arrogant bluffing is all he understands. Remember that money trading requires the "trader" to bluff "investors" into taking a gamble that his pin through the trades book picks will give huge returns on a series of jumps on and off an unbalanced round about. For many speculating investors the advice coming from such "traders" results in being badly burnt while for a minority the returns are huge. Like the owner of a ponzi scheme it is, of course, the "trader" who takes most of the cream from both the winners and the losers and so it is with the PinoKeyo flog the state assets policy direction... a scheme with lots of losers, a few winners and cream for those that do the "trading".

Noticeably, the boiler room trolls, commissioned by the National-ACT spinners, were busy on facebook and different blog sites trying to dance on pin heads as they attempted to paint the success of the petition as being
(a) politically motivated because it was supported and coordinated by a coalition of Grey Power, Labour and the Greens and is therefore not a true citizens' initiated referendum.

(b) invalid because Labour and the Greens used monies from their parliamentary services budgets to support or provide adivice to the petition organisers. This is to be seen by the Nat-ACT spinners as an infringement of the democratic processes of parliament... to the trolls the role of the opposition is to support the Nat-ACt party in government and not criticise or subject their actions to scrutiny.

(c) economically irresponsible because it will cost about $9million to run the referendum which the PinoKeyo govt can ill afford.
Totally ignoring the fact tat PinoKeyo has already squandered hundreds of millions of dollars on "incentives" to cajole speculators to undermine NZ labour laws (Warner Bros), buy Meridian Energy shares ( Fire sale 60% down 40% in the future + profits before final purchase), prop up Rio Tinto ($30 million to keep buying Meridian electricity for at least a year.) plus, of course, the trader profits in commission to the Money traders contracted to sell NZ off to foreign asset strippers.

(d) irresponsible - because PinoKeyo has a"mandate" from the endorsement of the discredited and solitary ACT member - John Banks and the "I'm yours for 30 pieces of silver" Peter Dunne, the often party less member for Ohariu and therefore Nat-ACT has every right to ignore the referendum and carry on selling the country to whoever comes brandishing a cheque book.

These arguments appear to have been taken as being valid by John Armstrong , a Herald opinionista, who in Tuesday's column, argues that Labour and Green should claim the victory in succeeding with the referendum petition but then bow to PinoKeyo and the "economically irresponsible" argument and not have a referendum and thus save the country $9 million. If one takes that view then Paul Little's Sunday Herald call for NZ to accept the premise that NZ should be governed by a "leader" who develops, makes and implements all policies without reference to the membership of the political party he "represents" is how a democracy operates makes perfect sense and demonstates that these "opinionistas" have no real knowledge of either history or politics.